The show was bound to be special, but no one could predict how strong an impact it would have on everyone in the room. Arch/Matheos played just two shows in support of their 2011 album “Sympathetic Resonance”. They had the pleasure of headlining Keep It True, a major festival in Germany, and a week later, a stop in Hartford Connecticut at the Webster Theater. Why pick a little state like Connecticut for their only North American show? Well, local followers of John Arch and Jim Matheos know that Fates Warning got their start here, and this allowed them to make it a family reunion of sorts. 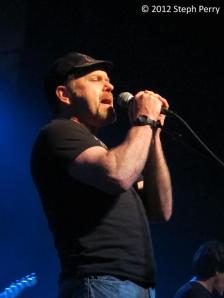 The combination of old Fates Warning songs and new Arch/Matheos material was perfect. Watching John Arch sing and move around the stage, you would never guess that he hasn’t performed in 25 years. He nailed every note of every song, and actually sounded better than expected. Arch’s energy and excitement was felt by the crowd, as they sang along to every word. Jim Matheos was impeccable on guitar as always. His style of playing is a pleasure to watch; his guitar work evokes emotion. These two old friends brought the best out in each other and had a great time doing it.

Joey Vera (bass) and Frank Aresti (guitar and backing vocals) shared stage left and as usual played their hearts out. Vera’s adrenalized manner kept everyone’s head banging. Frank sang and played guitar with passion. And drummer Bobby Jarzombek, nearly invisible behind his massive drum kit, played with such abandon. At the end of the show he leaped off the drum riser and you could see he was playing barefoot. 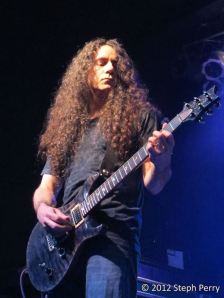 People traveled from all over the country to be at this show, including Colorado, Michigan, Ohio, North Carolina, and more. Rumor has it that someone crossed the Atlantic to be there. Friends and family of the band were there. Former members of FW showcased their current bands before Arch/Matheos took the stage. Even Brian Slagel, CEO of Metal Blade Records, was seen jamming out by the sound board. Not a person in the house will forget this magical evening. This was more than a concert, it was an experience to remember always.

“The answer to my prayers is not the dream, but to believe.” (Midnight Serenade, Arch/Matheos) 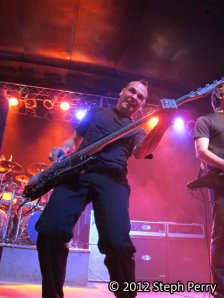 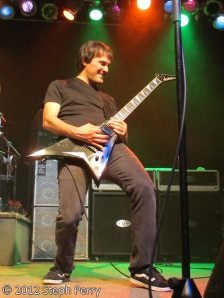 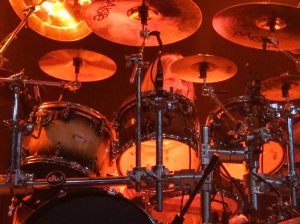